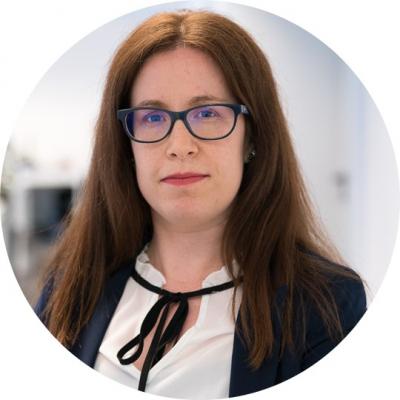 At the stroke of midnight on December 31, 2019, no one could predict that 2020 could be a less successful year for Intellectual Property than 2019. The expectations were enormous for the beginning of the new decade because innovation was at its peak and showed no signs of slowing down. However, by the end of the first trimester of the year the world was forced to acknowledge that a global pandemic, which carried an economic crisis in its stride, was the new reality with lasting social impact.

As the health crisis seeped into all levels of society, it also reached the Intellectual Property (IP) field. Early on, there was a genuine concern to see how IP would cope in the face of a global economic crisis, and for the first few months of the year the panorama did not seem encouraging. Still, history has told us that big crisis often bring big innovation, and this time is not an exception.

Minds are now more attuned to innovation than in previous years, but there is still no widespread awareness of IP, or a culture of IP.

Certain areas, such as the health sector, already had a steady growth in innovation, but they now find themselves catalyzed by the events of 2020 and the urgent need from society. Of course, the extreme focus in specific lines of development came at a cost to other areas of innovation that became less of a priority to many companies worldwide right now.

If anything, 2020 brought a higher economic conscience to companies that, bracing with a human and economic crisis, are more than ever required to make intelligent decisions regarding where, when and how to invest capital, and inevitably thinking how innovation will be financed.

Countries like Switzerland, U.S and the U.K remain leaders in innovation in 2020. This year, Portugal scored 43.51 points and is now 31st in WIPO’s innovation ranking, which is not a bad position at all considering the size of our economy and the fact that we only recently left a severe economic crisis. Much of this success is due to a large percentage of the younger population, from 20 to 30 year old, that has access to higher education, to universities and institutes that foster R&D and IP, and the development of conscious lines of investigation, as well as the affluence of European Community funds towards R&D in Portugal, both in the public and private sector.

The following section analyses data from the last 3 years and the impact of this year’s events in the Portuguese IP field. For 2020, statistic data was only available until September.

Based on data obtained from application filings, it seems that Portugal has had a rather steady income of new PAT, MUT, SCP and PCT national phase applications since 2017, with 2019 having been the year with most global growth (Figure 1).

This year, given the growth rate, the numbers are on the way to most likely surpass the application numbers of 2019, which is quite surprising for such an abnormal year considering that the pandemic has put pressure on the economy. This year’s numbers are certainly due to the surge of innovation focused on health care and safety devices to fight the pandemic. Indeed, there was a significant increase of applications related to sanitization devices and products, medical devices, protective gear, and similar inventions in this area.

As shown in Figure 3, there is a decreasing trend in the number of objects protected by Community Design (DMC) in the last year and the year 2020 is expected to be less successful.

Figure 4 illustrates the European Patent Validation trend in Portugal and as can be seen, there is a fluctuating trend over the years.

The European Patent Office reported an 8% increase in European grants applications from 2018 to 2019 and, although the 2020 numbers are not yet known, the grant trend of the last decade has been increasing each year.

The growth in European patent grants has also translated into an increase in validations in Portugal. With only a few months to go before the end of the year, Portugal will still see an increase in the validation numbers, which may even exceed the numbers of 2019, if the rate of validations seen until now is maintained.

European Patent applications from Portugal also experienced an increase from 2018 to 2019 (Figure 5). This year’s numbers are not yet known, but it’s expected that they might be impacted by the economic crisis as well since European Patents are far more expensive than a national patent application.

In contrast, the number of PCT applications decreased in the same period of time, which may have been due to the need to reduce time and costs, which led applicants to prefer to go directly to a European route or even just a national route (which are both immediately more interesting markets for Portuguese applicants), instead of the international route (Figure 6).

A trademark is the IP right most widely understood by society and, therefore, individuals and companies are always more readily interested in investing in this type of tool. Unfortunately, after good years for the national trademark, 2019 and 2020 saw a significant drop in applications (Figure 7).

This year, the contraction of the global economy, in particularly the Portuguese economy, can explain the low application numbers of 2020 so far. During government mandatory lockdown, many companies had to shut down for several months and either delay development of new products or had to redirect funds towards priorities not related to IP. Consequently, investments were most likely funneled towards other research or production lines with more immediate impact on the market in order to obtain faster revenue. The development of new products that could lead to potential new trademarks might have also been abandoned, and perhaps many companies opted to not expand their trademark portfolio this year.

As reported by EUIPO, European trademark total applications had an increasing tendency for the past two decades, but so far 2020 has been underperforming globally with ~126K European Trademark (EUTM) applications until August (in comparison with 160.5K total in 2019) (Figure 8). There is yet a few months ahead for new applications to be filed, however, the current crisis will most likely negatively impact the growth of EUTM applications this year.

For Portuguese applications of European Trademarks, the past 3 years had increasing numbers and accompanied the growing tendency of the market. Yet, 2020 comes with an abrupt decline in applications up until August and the prospects are not in favor of reaching, or even surpassing, the applications of the previous year (Figure 9).

The awakening to IP

With regard to patent applications, this year it is expected that Portugal will be able to surpass the numbers of previous years, which were years of social and economic stability in the country, and of a strong investment in innovation. It is also expected that the number of validations in Portugal will maintain the growth trend observed over the years.

In recent years, Portugal has managed to maintain a prominent position in the global innovation rankings and has not substantially reduced interest in IP. However, a good position in the innovation ranking does not necessarily mean an increase in IP applications, since much of the innovation in Portugal is not protected. Minds are certainly now more in tune with innovation than in previous years, but there is still no widespread knowledge of IP, or a culture of IP per se, spread across society in general, like in the USA for example.

The awakening to IP must begin at the school level. Many Portuguese universities and companies already have excellent IP support programs and encourage students and research groups to pay attention to the protection of their know-how and to overcome the tendency to publish first instead of patenting, for example. However, the development of innovation is still confined to the limits of research groups and depends greatly on external funding. IP education must begin in the classroom to form a new generation that is aware of the benefits of IP and is able to monetize their ideas. With a change in mentality, with more funding, and after overcoming the current crisis, there will certainly be a significant increase in the numbers of IP in Portugal.