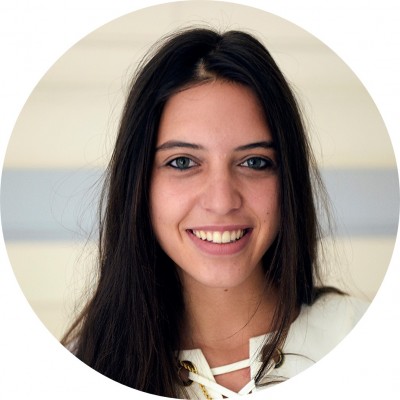 The use of advanced waiver of annulment in civil and common law systems has gained popularity in the last few decades [1] . The main reason of its popularity is because it demonstrates the trust that parties to an arbitral agreement have in such process. However, the issue of advanced waiver is particular problematic as there is a tension between finality and fairness, a subject of a never-ending debate within the international arbitration community. The scope of this paper is to provide the detailed overview of the debate and to understand how currently international commercial arbitration deals with this legal framework.

Even if the parties have expressly waived the right to set-aside an award by concluding an exclusion agreement, the final award can still be challenged on any of the grounds provided by the Article V of the NYC. So national courts are able to maintain some control even where waivers are valid, given the grounds for setting aside an award are typically repeated as the grounds for challenging enforcement.

Pre-Award Waiver of Annulment - Where Does it Now Stand in International Commercial Arbitration?

It is true that multiple legal systems tend to allow parties to fully waive a set-aside award. For instance, Switzerland’s Federal Code on Private International Law (“CPIL”) in its Article 192 (1) affords the parties an opportunity to conclude an exclusion agreement, waiving expressly their right to challenge an award before the courts of the seat of the arbitration. According to Article 190 (2) of the CPIL, the parties may exclude one, more or any grounds for annulment of arbitral awards.

2. Legal systems restraining or even prohibiting the practise of advanced waiver

Nevertheless, other legal systems prefer to take a more restrictive approach to the practice of advanced waiver. Under Section 1059 (2) of the German Civil Procedure Code (“GCPC”), the possibility to waive is limited into four grounds including validity and scope of the arbitration agreement, the parties’ right to be heard, the formation of the arbitral tribunal. These grounds are in the interest of the parties, thus can be waived. Section 1059 (2) prohibits the waiver when questions of non-arbitrability and violation of public policy are raised. These grounds are considered as mandatory grounds and thus cannot be waived under any condition.

The use of advanced waiver of annulment is also recognized by a considering number of international arbitration institutions through their arbitration rules. For instance, Article 35 of Arbitration Rules of the Jerusalem Arbitration Centre (JAC) provides a clear and express waiver of set-aside and states that “the parties shall be deemed to have waived their right to any form of recourse, including appeal and setting aside or annulment, before any judicial authority against any decision of an arbitral tribunal and the Court, insofar as such waiver can validly be made”.

The arbitration rules of the London Court of International Arbitration (LCIA) provide also the possibility to waive its right to object an award, but there isn’t any express reference to set-aside proceedings. Article 26 (8) of the LCIA Rules 2017 provides that “every award shall be final and binding on the parties. The parties undertake to carry out any award immediately and without any delay (subject only to Article 27); and the parties also waive irrevocably their right to any form of appeal, review or recourse to any state court or other legal authority, insofar as such waiver shall not be prohibited under any applicable law”.

A critical analysis of the effect of advanced waiver of annulment

In light of the above, it is important to examine the effectiveness of those types of waivers. Indeed, if the parties’ waiver is valid and enforceable, the immediate consequence is that the latter are barred from seeking to set aside the award before the national courts at the seat. Evidently, this can be problematic in a situation when there is a tension between finality and fairness or even correctness of the award. However, and importantly, this does not mean that those national courts cannot control the award in any way whatsoever [2]. In many jurisdictions the stage of recognition differs from the stage of annulment. This is specifically provided under Swiss and French law; Article 1522(2) of the French Civil Procedure Code (CPC) states that even in case of a set-aside waiver, “the parties nonetheless retain their right to appeal an enforcement order on one of the grounds set forth in Article 1520”. Similarly, according to Article 192(2) of the Swiss PILA, “if the parties have waived fully the action for annulment against the awards and if the awards are to be enforced in Switzerland, the New York Convention applies by analogy”. In other words, the local award (ie made in France or Switzerland) is treated as if it was foreign (ie made outside France/Switzerland), and is thus submitted to the control of foreign awards at the recognition and enforcement stage. In the same logic an award can be enforced outside Switzerland in a member of state of New York Convention on Recognition and Enforcement of Foreign Awards (NYC). As a result, even if the parties have expressly waived the right to set-aside an award by concluding an exclusion agreement, the final award can still be challenged on any of the grounds provided by the Article V of the NYC. So national courts are able to maintain some control even where waivers are valid, given the grounds for setting aside an award are typically repeated as the grounds for challenging enforcement.

Furthermore, the use of exclusion agreement raises another question, which addressed whether arbitration is fundamentally a creature of contract and if so, why shouldn't parties have the autonomy to define by concluding an agreement what is fair and what is not fair? In the author’s view, the interaction between parties and society is very tide and parties cannot act independently. Excess on the freedom to waive any grounds of annulment may render arbitration an unattractive adjudicative process repugnant to natural justice and public policy. In Hoeft v. MVL Group 2003 decision from the United States, the court held the waiver invalid on the basis that contractual freedom must have certain limits. The Second Circuit Court considered that it is not for private parties to agree to restrict public interests. Waivers are therefore appropriate only for excluding private (party) rights and interests, and not for excluding grounds in the public interest. The public interest includes ‘public policy’, the ‘fundamental notions of justice and fairness’, including the rules of natural justice.

To summarize, on a practical level, whether a waiver of the right to challenge an award is desirable, will depend on the goals that the parties are trying to achieve in light of the nature of the contract, the amount potentially in dispute and the risk of dilatory tactics by one party. As a result, a partial waiver may be more often suitable rather than a full waiver. Finally, the tide of time is yet to provide legitimate reasons to fundamentally alter or not this paradigm.

See article references.
Copyright © The Impact Lawyers. All rights reserved. This information or any part of it may not be copied or disseminated in any way or by any means or downloaded or stored in an electronic database or retrieval system without the express written consent of The Impact Lawyers. The opinions expressed in this article are those of the authors and do not necessarily reflect the positions or policies of The Impact Lawyers.
#
(P)
Previous

(N)
Next
$