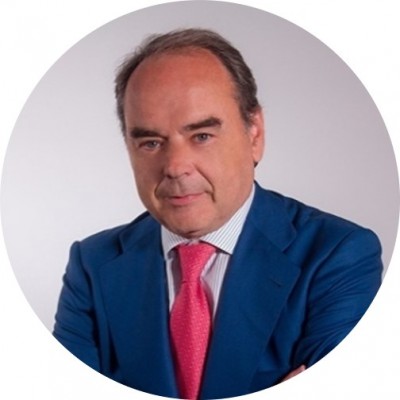 "Sentences like "Falciani" show a great danger for lawyers"

An ordinary person was finishing the last sip of his intense coffee in the bar near his office when he saw one of his young interns enter with a contorted face. He, in a few minutes, explained that the office had been the victim of an information theft that affected many clients. Imagining this scene in relation to our office is one of the worst nightmares that any legal professional can have.

The evidence obtained from intentional conduct, said Dr. Alberto Montón Redondo, should not take advantage of the person who perpetrated said conduct, "fraud does not take advantage of the person who commits it". There is no doubt that illicit evidence is that obtained in violation of the rules of the legal system. Hernando Devis Echandia, distinguished Colombian procedural professor, warned that illicit evidence is that which is expressly or tacitly prohibited by law or violates the morality and good customs of the respective social environment or against the dignity and freedom of the human person, or violates their fundamental rights that the Constitution and the law protect. In the same line of broad interpretation of the causes of illegality of the evidence, it can be considered that the illegality of the evidence does not originate solely in the violation of a procedural norm, but in the violation of any type or category of legal norm and even general principles. But even considering more restrictive conceptions, it is understood that the prohibited or illicit evidence is only that obtained, inside or outside the process, violating any of the fundamental rights included in Section 1 of Chapter 2 of Title 1 of the Constitution (articles 15 to 29), as well as the principle of equality recognized in article 14 of the Constitution. In this sense, see the Judgment of TS 114/84 of November 29 and article 11.1 of the Organic Law of the Judicial Power.

Regardless of the foregoing, today, it is common for information obtained in violation of the law to be used in different social spheres without any limitation. In the last decade of the 20th century, the jurisprudence has been adopting a criterion favorable to accepting exceptions that allow evidence derived from other illicit ones to be admitted in the procedures. Concepts such as "independent evidence" have appeared (STC 86/1995 of June 8) and many other exceptions that the doctrine has analyzed extensively. It is important to highlight, among these exceptions, the “unlawful disconnection” that seeks to ensure that the contamination of the illicit evidence does not affect the evidence obtained as a result of it (STC 81/1998 of April 2). The truth is that sentences such as that of TS 97/2019 of July 16, in relation to the “Falciani” case, and now recently, the leak disclosed without opposition from any authority, by the so-called “International Consortium of investigative journalists”, that has made public a major leak of confidential documents from several law firms around the world, such as the "Panama Papers" a few years ago, shows the existence of a new great danger for the free exercise of law.

Stealing or stealing are behaviors that undoubtedly violate the legal system. Against people, against their privacy, against property, against the dignity of the human being. These are behaviors that are generally repugnant to society. For this reason, except in specific and extraordinary situations, it offends and disgusts that the effects of said illicit behaviors are used peacefully, without punishment, directly or indirectly, among many other reasons, because said consented use inevitably promotes the perfection and proliferation of the same.