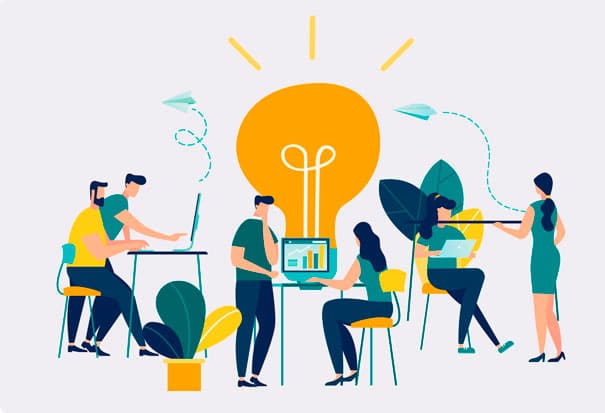 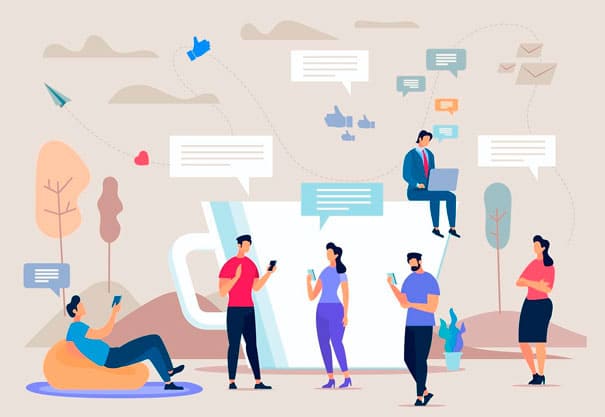 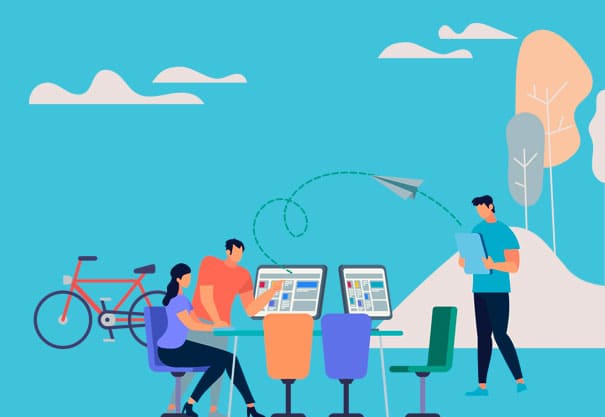 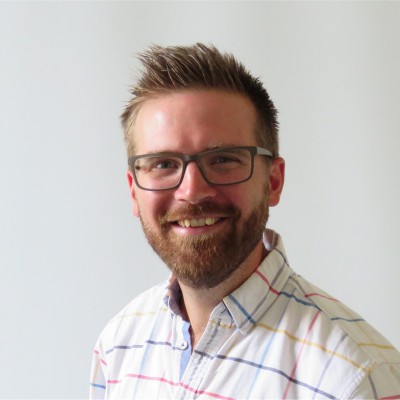 Increasingly, employers are seeking employees who can think and act creatively. But just what does it mean to think and act creatively in the law? In answer, it is worth looking to the different ways in which the law connects with different aspects of creativity theory. Historically, philosophically and in practical terms, the law reflects certain aspects of creativity theory. In this short article, I explore just a few of these.

For the law to take play seriously would be for lawyers to come to see legal procedures, less as rules to be followed, and more as tools to be used. Note that the shift here is subtle. It does not mean that one no longer follows the rules, but the rule-following is not a restriction, it is not a limitation on action. After all,  there will come a time when IRAC no longer functions as a methodology for legal analysis; just as there was once a time when it came into common usage.

Creativity in the law

I am not a lawyer. Far from it. I am a philosopher. And, as a philosopher, I am interested in the truth. I ask questions like, “Is the the judicial system just?”, “What is guilt?” and “Do we have free will?”. These questions are not very practical, and neither are my answers [“No”, “Being found guilty?” and “Sort of.”]. Yet these answers are at least pragmatic; they require me to make compromises that, as with any good compromise, leave me somewhat unsatisfied.

The law is also about compromises. The principle of stare decisis limits judges to following precedent whenever possible; and to setting precedent when required. Rarely, if ever, can law-makers claim to have established the truth beyond all doubt. Most often, it is about reaching a compromise between parties - a process of ‘reflexive equilibrium - that leaves some more satisfied than others.

In this respect, then, my philosophical approach is not too dissimilar from that of lawyers. I recognise that solving any problem today means starting (and perhaps ending), as Deleuze puts it, ‘in the middle’. It means recognising precedence where precedence exists; setting precedence where it does not; and all the time accepting that it is ok to fall short of an ideal. In this sense at least, and likely in many other ways, law-making and philosophy are similar.

Partly for this reason, I wish to suggest that the legal profession can learn something from philosophy concerning creativity. Certainly, as a philosopher, I am given more opportunities to think creatively. As one legal practitioner puts it,

"If there’s one profession that stifles creativity, it’s the legal profession. ... We are taught to not be creative. Try writing a legal memo not using IRAC. Try even the simplest and most straightforward formatting change of putting citations in the footnotes because it makes the already dense text easier to read. It won’t end well". (Jeff Bennion)

As it attested to here, creativity is associated with rulebreaking and the law is, for more and less obvious reasons, about rule-following. Perhaps for this reason, a survey of legal professionals in Australia highlighted that, compared with other 21st century skills, creativity is often undervalued by law firms (infotrack).

And yet, whilst the law is not currently a hotbed of creativity, there are good reasons for lawyers to want to be more creative—from the psychological benefits of improving memory and critical reasoning to utilising rhetoric, argument and visual effects to present a case more effectively. in part, this explains the relevance of my background in philosophy. Philosophy and the law share a set of competencies; such as the need to present arguments, to use both everyday and technical language and, as mentioned earlier, to reach compromises. Moreover, both philosophy and the law are inter- or trans-disciplinary subjects.

Each deals in its own way with truth, justice and politics; and each can serve as a prefix or suffix to discussions of ‘commerce’, ‘gender’ and even ‘sport’. But there is a still further, more important reason why philosophy can help lawyers to think more creatively, and that is because philosophy can inform a process of creative practice that I call ‘serious play’...

Too many textbooks on creativity open with some variation of the following statement: “There are no adequate definitions of creativity, but the one I prefer is...” If only to indicate my willingness to follow precedent, let me complete the ellipsis “...that creativity is a form of serious play.”

‘Serious play’ is not a new idea. It builds on the work of psychologist Lev Vygotsky (1896-1934) who recognised that, as children, we engage in play in order to make sense of the world. As adults, we put away childish things and seek to shape the world around us. But this transition is neither instantaneous nor complete. Our capacity for playfulness continues on into adulthood; albeit serving a different function.

As I have said, I do not mean for this definition to be definitive. At most, it is a working definition and a compromise. Indeed, a more refined definition of creativity— one that made possible rote learning and graded assessment of creativity itself—would be liable to be self-refuting. Just how creative would it be to follow your teacher’s example?

This is yet another reason why I associate creativity with playfulness. In so doing, I accept that definitions and rules will be bent or broken; provided that the rules are also taken seriously.

This is where I think philosophy can offer some insight into how to be both playful and serious. Certainly, philosophy has often been associated with a child-like view of the world—but I happen to think that Simon Critchley is right to say that philosophers have something in common with comedians—both adopt the perspective of a Martian having just arrived on Earth for the first time.

In addition, both philosophy and comedy are highly technical. Sure, you can make something think or laugh without too much effort. But few philosophers or comedians settle for getting a reaction; and none who did so would be worthy of note. Both are more than day jobs, more than craft. They are an art.

So how does the law compare? Well, for the law to take play seriously would be for lawyers to come to see legal procedures, less as rules to be followed, and more as tools to be used. Note that the shift here is subtle. It does not mean that one no longer follows the rules, but the rule-following is not a restriction, it is not a limitation on action. After all,  there will come a time when IRAC no longer functions as a methodology for legal analysis; just as there was once a time when it came into common usage.

This last brings me to one final sense in which philosophy can help those in the legal profession to think more creatively, i.e. by pointing out that they already do. One consequence of “seeing the familiar as strange, and the strange as familiar” is that one begins to notice that which previously we failed to notice—perhaps because it was too familiar. As is often the case, this comes out in the words that we use, both in an everyday and in a technical sense, to refer to the most fundamental principles of our profession. One example of this in the legal profession, might be the use of the word ‘Fact’.

It is telling that the law is the only academic discipline that preserves the original meaning of the word ‘fact’ (Latin: ‘Factum’), which in ancient times denoted ‘an act or a deed’. These origins are also indicated by more modern phraseology, such as ‘manu-fact-ure’ or ‘fact-ory’. Despite these clues, I anticipate that it may come as a surprise to learn that facts might be “made” (I fall short of saying “made up”)—as unpleasant a surprise as the recent invention of ‘alternative facts’.

This etymology may be surprising because we are so used to thinking of facts as something “out there”, independent of us. After all, water was boiling at 100 degrees Celsius at sealevel long before we discovered that fact (and long before human beings existed). Calling a fact an ‘act or deed’ seems to downgrade them to a purely human fancy. Yet associating facts with acts, is simply to note that someone, somewhere,  at some particular time, discovered them, wrote them down and passed them on to a subsequent generation. Had any of these actions not taken place, then they would not be facts.

“But water would still boil at 100 degrees, right?”

Facts, therefore, do not manufacture reality—but neither do they impose limits on reality. Rather, facts represent the actions of millions of human beings, over thousands of years, across a multitude of academic disciplines. And yet, amongst these disciplines, only one has preserved the ancient origins of the word, ‘fact’ by resisting attempts to turn facts into reality. The law. This is, as I say, telling.

What it tells me is that the law is rule-following only insofar as it avoids breaking the rules. But the rules are, even if we don’t care to admit it, manufactured. Which is to say, those in the legal profession are, in the truest sense, rulemakers.

Just how likely is it that a determinedly serious profession, like the legal profession, will embrace playfulness? This is my question to you dear reader.

Based on the testimony quoted earlier, it seems that there are reasons to be pessimistic. Even where it is recognised that the law can and ought to be encouraging creativity, there is some uncertainty about when and where this could or should be developed. However, one does not need reasons to be either pessimistic or optimistic. So I will opt for optimism.