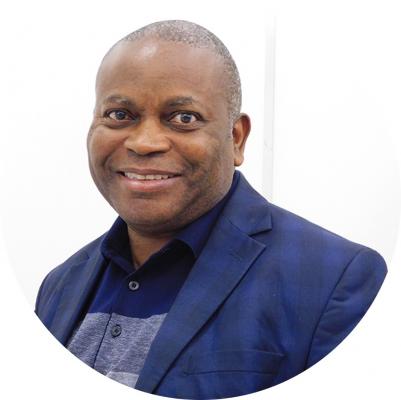 Last week, as I was coaching one of my clients, his situation got me to reflect. He had reached that state of hopelessness with what is happening with the Covid 19 Pandemic. I then remembered a story I read a few years back of Curt Richter in the 1950s. Curt Richter was, a professor at Johns Hopkins who did a famous drowning rats psychology experiment. This experiment while it was cruel had profound lessons for circumstances as now as it demonstrated the power of hope and resilience in overcoming difficult situations. Those sensitive to issues of animal cruelty may not want to read this article any further, but the main message is not about that cruelty but our ability to push ourselves beyond our perceived capabilities.

In his Drowning Rats Psychology Experiments Curt’s works focused on how long it takes rats to die from drowning. He did this by placing rats into buckets filled with water and seeing how long they survived. He introduced a range of variables into the experiment, that yielded some interesting results. He for instance experimented with both domesticated and wild rats. The first set of experiments were the domesticated ones where they would last two to about 15 minutes in the buckets. Some would initially swim around the surface, then dive to the bottom of the bucket and explore what was there for a while. They lasted a total of two minutes before drowning. Others would initially explore the water surface and keep swimming there before eventually succumbing to exhaustion and drowning.

With the wild rats he did the same. Wild rats are excellent swimmers and the expectation was for them to fight hard for their survival. Despite their being fit and swimming ability, not one of the 34 wild rats survived more than a few minutes.

Curt reflected on what caused the rats to give up and drown.

In his own words he said: “The situation of these rats...is rather one of hopelessness… the rats are in a situation against which they have no defense… they seem literally to ‘give up.’”

With this in mind, Curt decided to experiment further. In his last set of experiments the focus was concerned with the impact that introducing hope would have on the perseverance of the rats in buckets. In these experiments, Curt’s hypothesis was that introducing hope to rats would increase their survival times. To test his hypothesis he selected a new set of rats all similar to each other and introduced them into the buckets as previously. He observed them as they progressed towards drowning. This time though, he noted the moment at which they gave up and just before they died he rescued them. He saved them and held them for a while to fully recover.

He then placed them back into the buckets and started the experiments all over again. He observed that this time when the rats were placed back into the water they swam and swam for much longer than they had the first time they were placed in the buckets. The only thing that had changed was that they had been saved before and so had hope this time around.

Curt wrote that “the rats quickly learn that the situation is not actually hopeless” and that “after elimination of hopelessness the rats do not die.”

What This May Mean For People in General?

While one may not want to assume that humans would respond the same way as the rats, there is a lesson to learn and as humans we can learn a lot from these experiments. Where people have hope, they have higher levels of perseverance. They will keep fighting when they feel there is a chance of success or rescue. When they don’t have hope, they won’t.

The thing is, a glimmer of hope can be a powerful thing.

From a work perspective, these findings can be taken to mean that people will remain resilient and will continue to persevere in the face of difficult situations, provided they have hope. If people believe the future will be a better place and feel others are there to help them they may be able to drive themselves through difficult situations. The importance of belief here is very critical.

While the findings of experiments like those carried by Curt may not translate necessarily to humans, it can be generalised that people in your team will be strong and resilient, provided that you give them hope of a better future. That said, the findings from these experiments are very interesting. It can generally be held as true that hope leads to greater resilience and the thinking is that this is the case in humans as well as in rats. If that hope is extinguished, your people will stop fighting for you, their survival and/or anything. Furthermore our resilience can be an important factor in our wellbeing both in life and in the workplace.

In conclusion, let us remember that a large part of the role of leadership is to help individuals feel valued, respected, supported and hopeful about their futures. I believe that for most people there hasn’t been a greater time than now that such support and the provision of hope has been so required before. Besides the pandemic, there remains so many situations of helplessness where the leaders’ messages of hope are required. Now is that time when it is important to provide resilience and hope to your team.