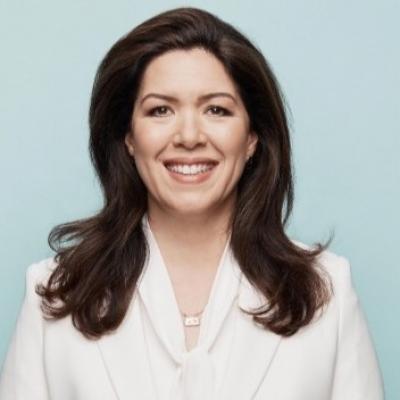 The Impact Lawyers interviews Laura Keily, founder and Managing Director of Immediation, an online dispute resolution platform that has recently collaborated on a project with the Northern Territory Local Courts (Australia) to improve access to justice for Northern Territory society

1. What are the objectives to be achieved through the collaboration between Immediation and the Northern Territory Local Courts?

The Northern Territory Local Courts is aiming to improve access to justice for regional communities. One-third of Australians live in regional and remote Australia, and these communities face incredible challenges when it comes to accessing the court system. Transport fees can cost thousands of dollars for hours of travel time to the court and there is often psychological trauma of being physically involved in the proceedings as well.

Handling the greatest proportion of cases in the Northern Territory, across both civil and criminal charges, the Local Courts system has struggled to find alternative options for Australians who are unable to travel. Working with Immediation, Local Courts were able to pilot a program that uses purpose-built technology to pave the way forward to bridge this gap, ultimately providing greater access to justice for all.

2. In what ways can technology assist the public in accessing justice?

Courts are consistently inundated with cases lasting years longer than they should, and the high legal costs mean that not everyone is able to afford justice. Implementation of and access to technology means that costs can be minimised on transport fees and processes streamlined, for both sides of the legal system.

For witnesses, the legal system can be quite overwhelming as they can experience emotional trauma from giving in-person evidence. The benefit of accessing justice remotely is not having a victim go through face-to-face proceedings. For litigators, it opens up the potential for witnesses and victims to be able to appear in court, albeit virtually, without worrying about potential safety or other concerns.

I’m excited about the role legal technology will play in creating a more level playing field as courts and legal systems adopt a new approach to providing justice.

3. Can the use of technological tools lead to problems with regard to the protection of personal and confidential data and information of those involved in court proceedings?

Last year throughout the pandemic, we saw instances of technology being used incorrectly by lawyers and law firms alike as general tech tools failed to address the needs of the legal system. The issues around privacy are minimised when courts utilise technology.

As a former Barrister, I know the expectations and needs for privacy when it comes to proceedings. Immediation has been designed specifically for the legal industry with the highest levels of security available, working with encrypted next generation firewalling to prevent confidential data leaks. We work with as a number of tribunals and national bodies across Australia and New Zealand to enable critical cases that would otherwise have been adjourned by keeping them moving with technology.

The last eighteen months have shown that the legal system is able to adjust to new ways of operating. While I don’t think face-to-face court proceedings will be entirely replaced anytime soon, I do think that what we will start to see is an increase in telematic proceedings, particularly within remote and regional jurisdictions.

Currently, what we’re seeing is that the system is inundated with far too many court cases and not enough affordable legal options for the public. I believe telematic and virtual proceedings will become more commonplace and we will see an increase in integrated solutions.

5. Are lawyers aware of the benefits that technology can bring to their working day?

Yes, increasingly so. I believe that the benefits are becoming clearer to lawyers, especially in light of the working from home conditions imposed from Covid-19. Those who were lagging behind in technology have been forced to adapt, and I think we will see this trend continue into a post-covid world.

Additionally, lawyers are seeing a rise in productivity and efficiency in their day-to-day work thanks to technology. I’ve witnessed great growth in the acceptance of technology, where oftentimes the legal industry lagged behind. While it has been an incredibly difficult couple of years, the pandemic has positively helped the legal industry recognise the benefits of technology by driving efficiency, reducing fatigue and assisting in the accessibility of justice.

In an industry that is typically characterised by long hours, technology is paving the way to provide more hybrid working solutions in a more efficient way, without compromising security. With benefits becoming clearer, lawyers are becoming more open to the idea of introducing technology to their working lives and I think we will only see this increase in the coming years.

6. Does the use of technology require prior training for lawyers?

With technology becoming ubiquitous, most lawyers are already surrounded by and heavily invested in technology with smartphones and computers. While we sometimes see initial barriers in the how-to, the world is essentially shifting toward being completely digital, and the legal world is not far behind it.

The programs being used in legaltech have some of the same capabilities we use in our daily work environments, such as video chat, email, separate rooms and encrypted documents. The use of this technology requires a shift in legal culture more than it requires any prior training.