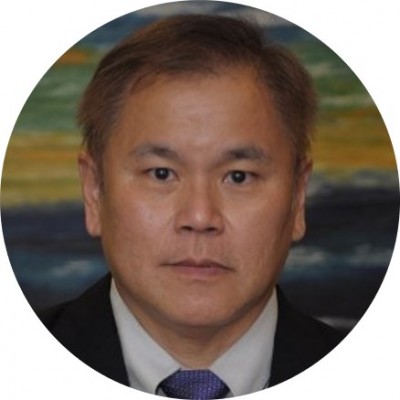 Sunday, November 15 saw the signing of Regional Comprehensive Economic Partnership (RCEP) in a virtual ceremony on the sidelines of the annual Association of Southeast Asian Nations (ASEAN) summit. China and 14 other countries have agreed to form the world’s largest free trade bloc, encompassing nearly a third of all economic activity, in a trade deal covering 30 percent of the world population and almost 30 percent of global GDP.

In addition to the 10 ASEAN nations, the accord includes China, Japan, South Korea, Australia and New Zealand, but not the United States. India dropped out a year ago due to fears that the accord will allow cheap Chinese goods to enter the Indian market.

Before the signing, Singapore's Prime Minister, Mr Lee Hsien Loong, highlighted the significance of the accord. "[It represents a ] major step forward for the world, at a time when multilateralism is losing ground, and global growth is slowing,” he said. “It signals our collective commitment to maintaining open and connected supply chains, and to promoting freer trade and closer interdependence especially in the face of Covid-19 when countries are turning inwards and are under protectionist pressures.”

The deal sends a signal that RCEP countries have chosen “to open our markets instead of resorting to protectionist measures during this difficult time,” said Malaysia’s Trade Minister Mohamed Azmin Ali in a statement ahead of the ceremony.

RCEP will enter into force once six Asean countries and three partners have ratified the agreement.

TPPA and the Comprehensive and Progressive Agreement for Trans-Pacific Partnership

The US is absent from RCEP and the 11-nation Trans-Pacific Partnership (TPP) deal that U.S. President Donald Trump pulled out of shortly after taking office. This leaves the world’s biggest economy out of two trade groups that span the fastest-growing region on earth.

TPPA was seen an ambitious trade deal championed by Barack Obama in his pivot to Asia, and RCEP was seen as an alternative. However, since the RCEP was led by ASEAN with the inclusion of China, it may be seen as a China backed agreement.

After President Donald Trump took office, he immediately withdrew the U.S. from TPPA in his first month in office in January 2017. The other 11 TPP countries agreed in May 2017 to revive the deal and reached a new agreement in January 2018. In March 2018, the 11 countries signed the revised version, called the Comprehensive and Progressive Agreement for Trans-Pacific Partnership. After ratification by six members (Australia, Canada, Japan, Mexico, New Zealand and Singapore), the agreement came into force for those countries on December 30, 2018.

The member Countries of RCEP stand to gain in several ways:

The RCEP agreement is loose enough to stretch to fit the disparate needs of member countries as diverse as Myanmar, Singapore, Vietnam and Australia.

RCEP “will help reduce or remove tariffs on industrial and agricultural products and set out rules for data transmission,” said Luong Hoang Thai, head of the Multilateral Trade Policy Department at Vietnam’s Ministry of Industry and Trade.

"Malaysia, together with ASEAN and our FTA Partners, would want to demonstrate to the world, that even with varying levels of economic development, 15 countries can come together to create a trade pact that will be mutually beneficial, not only for the business community, but also to improve the livelihood of its people,” said Malaysian Prime Minister Tan Sri Muhyiddin Yassin.

Many of the member countries see RCEP as an economic recovery tool, and the implementation of the agreement would encourage the re-opening of markets and ensure an uninterrupted supply chain.

*Reproduced from the Maritime Executive with the kind permission of the Author.