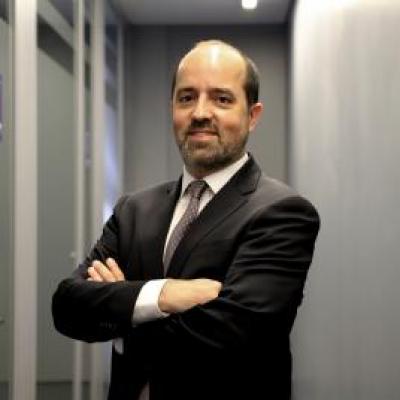 The Impact Lawyers publishes a series of interviews with deans of the world's leading law schools. On this occasion, Manuel Fontaine Campos, Director of Porto School of Law of the Portuguese Catholic University answers the questions in this interview

1. What are the main differences between the teaching methods used in law studies at the leading universities in the world that you know of?

I would say the main differences are between the teaching methods used in European law schools and those used in American law schools. While the former used fundamentally the lecture method (alternated with the resolution of case studies), the latter use essentially the Socratic method and Legal Clinics. The difference is also explained by the circumstance that in Europe law is an undergraduate program, while in the US it is offered at a postgraduate level. But the most innovative law schools in Europe are focused on introducing a plurality of teaching methods in their undergraduate law programs, including the Socratic method, the service-learning method, the flipped-classroom method, Legal Clinics…. On the other hand, they should also invest in blended learning, not only as a temporary response to the pandemic but as a permanent feature of teaching delivery.

2. In view of the ongoing legal transformation, do you think that different subjects should be taught, such as management, business management or technological skills?

Absolutely. There is an old saying according to which “The lawyer that only knows the law doesn’t even know the law”. The law is applicable to a multiplicity of social areas and students should get in contact with a plurality of scientific discourses, mainly social sciences but also technical sciences, to correctly interpretate the law. On the other hand, law Schools should allow students to acquire a set of soft skills that will foster their professional performance, by offering non legal courses directed at that acquisition.

3. In your opinion, is it advisable for law students to specialise in a specific area of law while still at university or, on the contrary, do you think that specialisation is a process that should be followed after graduating?

I believe students should specialize at the university, but they should do it after graduating. Traditionally, law degrees in Europe where 5 year long. Following the Bologna declaration, they were shortened to 4 or even 3 years, and that is only enough for a solid general program in law. Once law students graduate, however, they should find a legal niche that allows them to differentiate in the market. That is when specialization becomes important, and they can do it by following either a Master program, an LLM or another post-graduate program.

As with everything in life, the virtue is in the middle. Universities should have a robust team of fully committed lecturers that are at the forefront of legal research, that put students in contact with the most recent legal discussions and with legal research methods, and that invest in new teaching methods. But they should also rely on practicing lawyers, which bridge the gap between academia and “real life” by bringing into class genuine cases, by simulating judgments and by inviting students into their law firms as interns or other.

5. On average, how long does it take for a recent law graduate to find a job in your country?

Normally, it does not take more than 6 months to find a job. Those graduating from the best universities will find a job after 3 months, on average (the best graded students will land on a job the week after graduating).

I have never studied and have therefore no substantiated opinion on that subject. I would argue that one should first discuss the notion of “effectiveness of a legal system” before rushing into an answer. And secondly, that there are probably as many differences to be found in “effectiveness” between “Civil Law” legal systems as there are between these and "Common Law" legal orders.

7. What sanctions are imposed on students caught cheating at your university?

8. Finally, how would you define the principle of equity?

In Portuguese law, cases can be exceptionally solved by resorting to equity and putting aside (totally or partially) the “written law”. In those situations, the judge will resort to a common sense understanding of what is “just” to render an ex aequo et bono judgment. This corresponds to the meaning given by Aristotle to equity, as distinct from (legal) justice, and to the meaning given to equity in international law. But it is quite different from the meaning given in the Common Law legal systems to equity, as a distinct body of law. If one thinks about equity as a management principle, namely at a university, it involves treating students, faculty, administrative staff and other stakeholders with fairness.