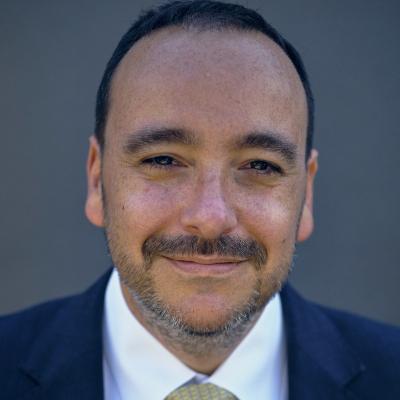 Earlier this month, the International Centre for Settlement of Investment Disputes (ICSID) released its sixth working paper on the proposals for amendment of its rules.

After five years of discussion, it appears that enough consensus has finally been reached on most of the proposed amendments to close the consultation process and move to request a member-state vote, which ICSID plans to do in early 2022.

If approved by a two-thirds majority, the amended rules could be in force in late spring 2022. This would be the fourth time ICSID’s rules change since the centre was established in the mid-1960s.

ICSID said that the amended rules will usher in the most significant changes to its procedures in over 50 years, reflecting “a concerted effort to simplify and streamline the rules in order to reduce the time, cost and environmental footprint of cases”.

ICSID said that it received few comments on its fifth working paper and the sixth version therefore introduces limited changes.

We illustrate below in detail what has changed in this last version of the proposed amendments with comments.

Rule 14 Notice of Third-Party Funding (1) A party shall file a written notice disclosing the name and address of any non-party from which the party, directly or indirectly, has received funds for the pursuit or defense of the proceeding through a donation or grant, or in return for remuneration dependent on the outcome of the proceeding (“third-party funding”). If the non-party providing funding is a juridical person, the notice shall include the names of the persons and entities that own and control that juridical person.

Comment: This change is being proposed to address concerns on transparency regarding funding and will in principle allow arbitrators to identify if there are conflict of interests involving third-party funders. Identical changes have been made to:

Rule 53 Security for Costs (1) Upon request of a party, the Tribunal may order any party asserting a claim or counterclaim to provide security for costs. (2) The following procedure shall apply: (a) the request shall include a statement of the relevant specify the circumstances and the supporting documents that require security for costs;

Comment: Rule 53 aims to treat security for costs as a unique form of relief and correct the misconception that security for costs would fall exclusively within the ambit of provisional measures. The recent changes removed the words “specify” and “require” and adjusted the new rule’s terminology to reflect those objectives.

Identical changes have been made to ICSID Additional Facility Arbitration Rules, Rule 63.

Rule 64 Publication of Documents Filed in the Proceeding (1) With consent of the parties, the Centre shall publish any written submission or supporting document filed by a party in the proceeding, with any redactions agreed to by the parties and jointly notified to the Secretary-General.

Comment: The wording “by a party” has been re-introduced in this version of the amendments to reflect a greater concern with transparency. Without it, parties could create problems to the publishing of submissions by NDPs.

Identical changes have been made to ICSID Additional Facility Arbitration Rules, Rule 74.

Comment: In Rule 67 (4), the addition of the “word” “publication” gives the tribunal the power to impose conditions on the NDP regarding the publication of its submission within the objectives of the rule. In Rule 67 (6), the word “shall” was re-introduced so the tribunal has to give access to relevant documents to a NDP. Parties can still object to allowing access to NDP.

Identical changes have been made to ICSID Additional Facility Arbitration Rules, Rule 77.

(3) The Tribunal shall provide the non-disputing Treaty Party with relevant documents filed in the proceeding, unless either party objects.

Comment: The changes in Rule 68 had the clear objective of giving non-disputing treaty parties at least the same rights that NDPs have under Rule 67.

Identical changes have been made to ICSID Additional Facility Arbitration Rules, Rule 78.

Comment: The addition to Rule 75 (3) seeks to ensure that unavailability of the arbitrator does not frustrate the desire of the parties to proceed with an expedited arbitration.

This article is based on an original version by Opus 2.

Please contact us know if you have any questions on the ICSID working paper or if you would like to know how Opus 2, the leader in cloud-based solutions for the legal community, can help your firm.