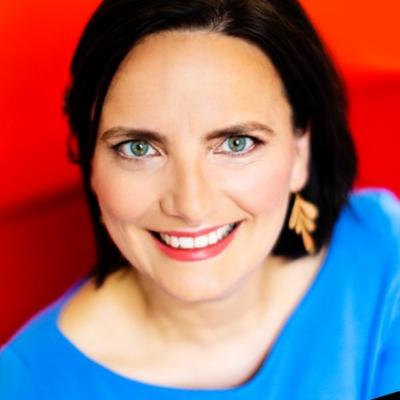 Dana Denis-Smith: "Women can embrace being the majority in the legal profession"

1. What encouraged you to create the 'First 100 Years' platform?

I found it difficult to understand the context around women not advancing in the legal profession since I started working in law in 2005 – for some reason, progress was always at snail pace but no one was able to explain what was happening. One day, in November 2013, I came across a photograph from 1982 that really shocked me: it showed a group of partners from a global city law firm, of 60 people or so, only one was a woman. This set me on a journey of discovery to find out that women were not considered ‘persons’  by professional bodies and were not allowed to join and qualified. In 1919 the UK Parliament finally passed legislation opening the professions to women. I launched the campaign in March 2014 as a 5 year project to celebrate the past to change the future for women in law by sharing stories of long-forgotten female legal pioneers, record the stories of our current generation of “firsts” and pass on a positive legacy of role models and achievements to generations coming through.

2. What needs to change in the legal sector for the role of women lawyers to be fully recognized?

I would say we need to start by focusing on fewer not all the issues all at the same time.

But I would start by saying women can embrace being the majority in the legal profession and start to force changes based on their needs as the majority. This is a perception gap – we know there are more women studying law, qualifying in the legal profession and yet we feel that we cannot control our own fate. There are two changes I would introduce – really enforce equal pay to make sure that women’s earnings provide them with choices around organising care and therefore be able to continue to stay in the legal profession not leave. The 40-50% gender pay gap some firms are still reporting in 2021 is a stain on our profession and it can be addressed by careful monitoring and adjustment – not allowing the gap to widen requires commitment and a desire to use cash to plug the gap. The second change I would introduce, for a short period of time, is quotas in leadership positions across all of the legal profession – we need women not to join boards or leadership roles being the only woman but in groups to allow some of them to succeed, and some to fail, just like it happens with men. Women are held to higher standards and that makes them take drastic decisions to leave altogether rather than continue to feel undervalued and unable to achieve their aims. Both of these changes are structural and it will take us a long time for the change to happen without forcing it.

3. Do you think it is difficult for women to move up the career ladder in law firms due to situations such as motherhood?

I don’t think motherhood is the main reason women don’t have a whole career in law – lack of flexible working, longer-term visibility of how they can progress, succession planning by rainmakers including women and being handed down lucrative clients and the simple fact of being told what it takes to make it to partnership level so that they can plan around family commitments – they are all factors that need to be taken into account. Partnerships set women up to fail rather than succeed from the time they enter as trainees as they place women with less influential lawyers, for example, or are seen as less committed and not given the right type of work to be able to thrive. I’m afaid it’s not just holding the baby that affects women in advancing but who holds the strings and who has the ability to influence outcome years ahead.

4. Your platform will organize an online awards ceremony on November 3. What profile of female lawyers do you want to award?

Every year for the past 6 years we hosted our Inspirational Women in Law Awards – we were some of the earliest to focus on creating role models for our current generation across all aspects of the legal profession – from law firms, barristers, to judges and in house lawyers. We are always looking for people who want to put their ideas into practice and also look for those that show a real passion for change and are able to back it up with evidence of what they do. This year we introduced some new awards – paralegal of the year and mentor of the year as well as legal academic so I am excited to see who will win this year.

5. Do you think that the culture of equality is having an influence on law firms?

No. Not in reality and there are few firms I could hold up as an example of equality in action not just in words. No doubt we made progress as 100 years ago women were still not qualified in England & Wales – the first women to qualify came in 1922. So we have made a lot of progress but the culture in partnerships is one that is built one equality around revenues and income not wider societal principles like equality. Partnerships are built to be exclusive clubs and for as long as that remains the case women and minorities will struggle.

The biggest immediate challenge is how flexible work will be embraced as that was for a very long time the biggest barrier to women progressing. If firms return to inflexible ways of working, requiring face time, that will disadvantage women. Furthermore, sexual harassment remains a big issue and now, more aware of it, I find that women are excluded from important client meetings and entertainment by male colleagues for fear of being accused. This will have long term leadership impact on women so I very much hope we can stop bad exclusionary practices in their bud.