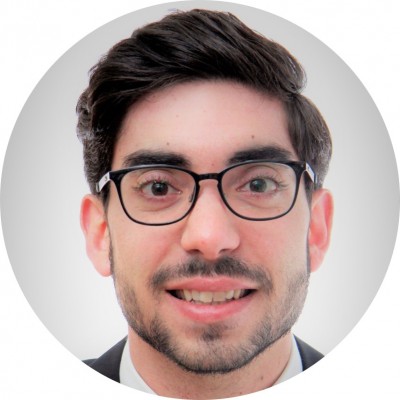 The Law behind wind energy in Spain (ii), its legal framework

Renewable energies in Spain began to take off by the hand of Royal Decree 2818/1998, December 23, on the production of electricity by renewable sources, waste, and cogeneration (“RD 2818/1998”), passed right after Law 54/1997, November 27, of the Electricity Sector. RD 2818/1998 established for the first time a remuneration regime for the generation of electricity by renewable sources consisting in a feed-in tariff made of the average electricity market price plus a premium.

Subsequently, Royal Decree 436/2004, March 12, establishing a mechanism to update and organize the legal and economic regime of electricity production under the special regime (“RD 436/2004”) allowed generation facilities to choose their preferred remuneration system, either a feed-in tariff or the sum of the market price plus a premium and -in certain cases- an additional incentive. In addition, generation facilities operating under RD 2818/1988 could choose between applying the more beneficial remuneration regime under RD 436/2004 or continue applying the system foresaw by RD 2818/1988.

Three years later, in 2007, the Ministry of Industry issued Royal Decree 661/2007, May 25, regulating the production of electricity under the special regime (“RD 661/2007”). This new piece of regulation further improves the economic regime applicable to renewable facilities, providing legal certainty and facilitating revenue visibility. The latter reinforced the development of the renewables sector in Spain, effectively channeling national and foreign investment into the renewables market, and making from the country a global leader in this field.

The global financial crisis of 2008 shook the pillars of the legal framework applicable to renewable energies in Spain. With the country’s economy heavily affected by its collapsing real estate market and the consequent liquidity squeeze within the banking sector, the growing power tariff deficit began to resemble too big to handle. Furthermore, since the tariff deficit is securitized, the bonds issued competed with Spanish sovereign debt at a time when the country faced an increasing difficulty to refinance its public debt.

Source: AFI based on Ministry of Industry data, A. Rojas and B. Tubío, in Spanish Economic and Financial Outlook, Vol. 4, N.º 2 (March 2015)

Subsequently, when the sovereign debt crisis hit the Spanish economy (2010-2013), rapidly rising yield spreads made the whole situation unsustainable. As a consequence, the government adopted a controversial battery of reforms, transforming the legal framework applicable to renewable energies. In the pursue of tackling the tariff deficit, the new dispositions drastically reduced economic incentives to renewable energies, causing a substantial erosion of the profitability of most renewable energy facilities and changing their remuneration system.

In particular, the electric sector reform was conducted through the following pieces of legislation, which continue in force today:

The new legal regime changed the remuneration scheme for renewable energy facilities, from the feed-in tariff contemplated under RD 661/2007 to a ‘specific remuneration’ paid on top of the electricity market price and based on the concept of ‘reasonable return’. Pursuant to RDL 9/2013 and RD 413/2014, reasonable return is calculated according to two elements: (i) a return on investment calculated in relation to the installed power capacity, and (ii) a return on operation covering the difference between the operating costs of the facility and its revenues.

In addition, the reasonable return of renewable energy facilities is subject to periodic revisions every three and six-year periods (regulatory terms) and takes into consideration the type or category of the facility. The category of the facility will depend on its technology, power capacity, commercial operation date, etc., and the specific remuneration will be calculated in relation to a ‘standard facility’ for each one of those categories, understanding standard facility as an efficient and well-run undertaking whose exact values are periodically established by the competent public authority.

Finally, RD 413/2014 also established a new competitive bid process to which energy facilities can apply in order to benefit from the specific remuneration system described above. However, RD 413/2014 does not contain any dispositions establishing when the competent authorities will call these processes, nor any information about the number of MW that will be called.

Contrary to what happened after 2008’s economic crisis, the current COVID pandemic has acted as an (unexpected) catalyst for renewable energies. Soon after the news of the €750bn EU recovery fund -which seems to be substantially oriented towards financing the EU Green Deal-, some major corporations have already announced ambitious investment plans in the field of renewable energies, with Iberdrola recently announcing a €10bn plan for 2020.

In parallel, the Spanish government issued Royal Decree-Law 23/2020, June 23, approving measures in the energy sector for the recovery of the economy (“RDL 23/2020”), containing important reforms. In particular, RDL 23/2020 has taken the following key steps in relation to renewable energy facilities:

i. Determining the conditions for maintaining access and connection to the transport and distribution grid.

Given that the capacity of the grid is limited, some applied to access and connect to the grid with speculative purposes, that is, aiming to resell the permit once obtained to another company with an actual intention to develop a project. Although this problem was already addressed under previous legislation by introducing the need to deposit a grid bond at the time of applying for access, these practices have continued, undermining the efficiency of the whole system.

ii. Establishing the guidelines of an alternative remuneration system.

The new remuneration system will serve as an alternative to the specific remuneration described under section III of this article and will be based on the recognition of a long-term fixed price. However, this new regime still requires further regulation in order to fully determine its characteristics and application.

iii. A new system of auctions.

RDL 23/2020 foresees a new system of auctions through which to grant the alternative remuneration described above. Although, the new auction system is still to be developed by further regulation, RDL 23/2020 advances that the competitive process will be based on the remuneration price of the energy generated.

RDL 23/2020 facilitates the hybridization of installations without losing access and connection permits, that is, the possibility for pre-existing power facilities to add energy from renewable sources using the same connection point or to incorporate storage facilities. However, in order for the facility to benefit from this measure and avoid applying and obtaining a new permit to access and connect to the grid, the increase of capacity cannot surpass 5% and it cannot alter its location by more than 10 km.

The substantial transformations of the legal regime of renewable energies during the last two decades have served as a learning process both, for the Spanish legislator and for the businesses operating in this sector. Despite some setbacks in the past, today’s regulatory framework has proven to provide sufficient legal certainty and profitability for renewable facilities to prosper in the Spanish market.

Furthermore, the new RDL 23/2020 seems to open the door to a more effective and efficient regulatory environment, reducing red tape, and providing revenue visibility to market actors. This, together with the forthcoming economic stimulus from the EU and the Spanish government, appear to suggest that the renewable energies sector will be leading the recovery of the economy in the forthcoming years.