Jones Day announced today that Courtney Lotfi has joined the Firm as Of Counsel in its Global Disputes Practice. She is based in Frankfurt.

Ms. Lotfi is a seasoned international arbitration counsel with extensive experience in the energy, construction and industrial engineering, life sciences, automotive, aerospace and technology sectors. A US-trained and qualified attorney, she began her international arbitration practice in Vienna, Austria, at a large global law firm where she represented a European energy group in a series of market-leading arbitrations, including a prominent price review resulting in the tribunal rewriting the purchase price formula for natural gas under a long-term, large-volume supply contract and a take-or-pay arbitration concerning the validity of certain contractual off-take provisions under EU competition law. Her practice focuses on Central and Eastern European disputes or those with a nexus to the United States, and has also extended to disputes in South America, Asia, and Africa.

“Courtney has spent the last five years in Germany representing clients in a variety of industries with complex corporate disputes, applying both civil and common laws around the European region. Overall, she has represented clients in more than 30 international arbitration proceedings as counsel under various rules — including ICC, VIAC, DIS, and AAA — and in ad hoc proceedings,” said Greg Shumaker, who leads Jones Day’s Global Disputes Practice. “Courtney is a great addition to our Global Disputes Practice, which continues to grow in depth and breadth in Germany and internationally.  We welcome Courtney aboard.”

Johannes Willheim, partner in Jones Day’s Global Disputes group commented that “I have known Courtney since she was a young associate working opposite us in several matters. I was always impressed by the quality of her work, clear dedication to clients, and ever-present collegiality and sense of humor.  I look forward to working with her as part of our team.”

“Courtney is a highly respected up-and-coming arbitration counsel who has a wealth of experience advising clients in complex international disputes,” said Sandra Kamper, Partner-in-Charge of Jones Day’s Frankfurt Office. “She is an important addition to our disputes team, which will continue its expansion in Germany later this year. We look forward to working with Courtney!” 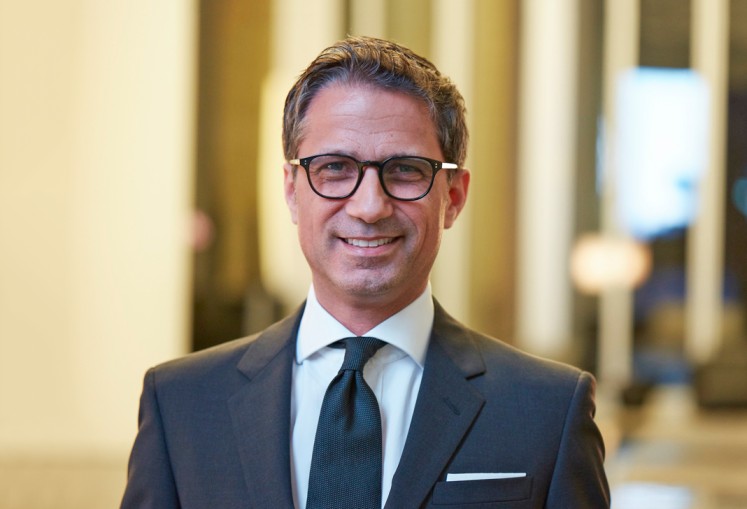 “I am thrilled to be joining Jones Day, a firm with a stellar global disputes practice that I have come to know and admire over the years,” said Ms. Lotfi. “I am especially drawn to the high-caliber work and camaraderie the Firm is known for, and look forward to working with old friends, former adversaries and new colleagues on some of the most complex international arbitrations.”

Ms. Lotfi joins a Practice of more than 200 lawyers worldwide who help clients successfully resolve high-value disputes wherever they arise, whether through litigation, arbitration or some combination of the two, and it has generated significant industry attention in recent months. The Firm's International Arbitration team was recognized as one of the world's leading practices for the sixth consecutive year in the 2021 edition of the Global Arbitration Review’s prestigious GAR 30 ranking, a ranking of the top 30 arbitration practices worldwide.  Its US arbitration practice received the elite "Band 1" ranking in the 2021 edition of Chambers USA, which praised the group as a "well-established team with expertise in commercial and investment arbitration that offers notable strength in handling disputes arising from the construction, energy and mining sectors."