The frenetic pace at which the Spanish business fabric has to face the constant changes that the labour market itself brings with it represents an opportunity for many companies, but sometimes also a threat. The ever-increasing specialised competition between companies is just one of the challenges facing employers in the current context. But among all of them, there is one that stands out for its complexity and scope: unfair competition.

Under this premise, experts from Grupo Paradell, a consultancy firm specialising in the fight against corporate risk, and Dentons, an international law firm, have analysed the main acts of unfair competition and how organisations can prevent and combat them. All this within the framework of an online meeting organised by the specialised portal Economist & Jurist.

Unfair competition from an employment perspective

Fernando Dombriz, Director of Business Development at Grupo Paradell, began his speech by referring to the rise in this type of dishonest practices in recent months: "Throughout 2021, investigations for unfair competition in the workplace carried out by our company have grown by more than 60% compared to 2019".

For his part, Juan Alonso, Counsel of the Dentons labour department in Madrid, recalled that "unfair competition covers any behaviour contrary to contractual good faith carried out by an employee to promote the dissemination in the market of services provided by himself or by a third party". Alonso also presented the two scenarios in which this type of practice can take place: during an employee's employment relationship with his or her employer or after the termination of the same. 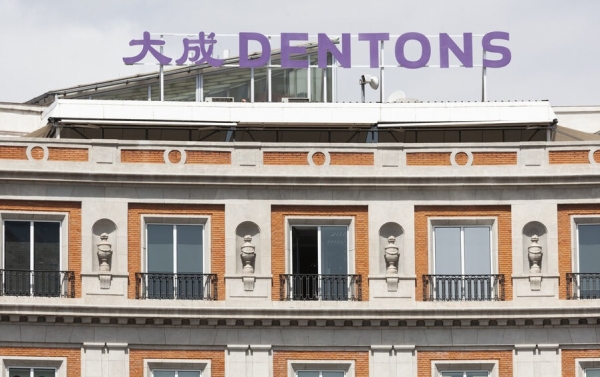 "Some of the most common cases of unfair competition during the employment relationship are based on the diversion of clients, the creation of competing companies or the development of practices of dubious legality during medical leave or as a consequence of teleworking," he added.

On the other hand, the duration and effects of the signed agreement, the unilateral termination of the post-contractual non-competition commitment in the event of a possible absence of industrial interest, or the failure to pay the agreed payment were some of the issues raised by the expert as outstanding cases of unfair competition after the termination of the employment relationship.

In order to deal with this type of crime, there are numerous means of evidence that can be provided in legal proceedings. Of all of them, Dombriz highlighted Corporate Investigation and Technological Forensic actions as two of the main models for the prevention and resolution of fraudulent conduct in the workplace.

During his speech, the expert went into the relevance of digital evidence, "which must be collected by computer experts from outside the organisation" and whose work consists of "capturing and preserving data, identifying the origin of the data; determining the physical location of the devices; or carrying out a review of communications such as WhatsApp, emails or servers".

Both experts culminated their intervention by addressing real cases of unfair competition, in many of which the work of private detectives was decisive in their resolution. "These professionals are assumed to have a greater knowledge than other witnesses because they have dedicated themselves professionally to the knowledge of the facts that are settled in the process in which they are testifying", they stated.