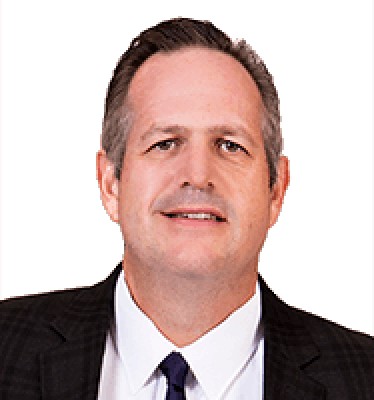 The U.S. legal system is known around the world for draconian jury verdicts and court judgments assessed against corporations both foreign and domestic. Some of the more noteworthy cases have involved one of the more unusual aspects of U.S. law—a class action.

Corporate representatives often learn about the nuances of U.S. class actions the hard way—when their company is named as a defendant in such a lawsuit. What frequently makes a class action lawsuit a particularly bitter pill to swallow is the seemingly disproportionate expenses incurred to defend or settle the claim in light of an arguably minor offense and injury. A multi-million dollar liability—including a potential judgment and attorney fees—can result from a relatively insignificant violation of the law or best practices: a small hidden financial charge, a trivial omission that makes a corporate disclosure arguably deceptive or an outdated employee practice that fails to comply with a recent change in the law.

Companies engaged in international commerce are well-advised to have a working understanding of how U.S. class actions function and consider current trends in this area of litigation. Understanding the types of claims typically brought in a particular industry or sector and how these cases are litigated and decided or settled can lead to the adoption of useful prophylactic measures. Those preventive steps, which are easy to implement, may allow a company to avoid spending millions down the road in defending against a class action.

What is a Class Action?

A class action is best understood as a mechanism in the rules of civil procedure allowing the aggregation of individual claims such that alleged offenses impacting similarly-situated claimants can be uniformly decided in one lawsuit. Rather than each claimant having to litigate the merits on their own claim, a class action seeks to resolve all claims at once. Notwithstanding these efficiencies, the problem for the defendant corporation is one of multiplication: if a million customers have been overcharged a few dollars each through an allegedly unfair business practice, simple multiplication leads to a sizeable judgment.

Class actions are frequently initiated, not by the individuals who would otherwise bring a lawsuit, but by opportunistic lawyers who engage private investigators to search out potential claims and then recruit a person to serve as a client and class representative. For example, a class action plaintiff lawyer specializing in food labeling deception may study a food label and ingredient list, qualitative statements and other representations about a product, and use a lab to find any basis to allege that what is communicated to the consumer is inaccurate.

Class action plaintiff lawyers are a controversial subspecies of the legal profession. Consumer advocates hail these lawyers as critical to safeguarding the rights of those unaware of corporate malfeasance or lacking the ability to vindicate their rights. Corporate insiders take a dimmer view, perceiving class action lawyers as opportunistic agitators whose financial windfall from pursuing these claims far exceeds the benefits to the public or even the class they represent. Whatever the merits of these competing views, class action lawyers will continue be a fixture of the U.S. legal system for the foreseeable future, bringing claims that challenge business practices.

There are three major categories of class action plaintiffs: consumers, employees and shareholders.

The types of unfair business practices that consumer class actions target span a wide spectrum. Some of the more common claims allege that:

• an advertisement or product label misrepresented some material aspect of a product service;

• a hidden defect in a product harmed consumers;

• consumers were overcharged by a company due to a hidden fee;

• a company failed to disclose information material to a financial transaction;

• personal data—financial, health or identifying information—was mishandled by a company in violation of privacy regulations; or

• a user agreement contains a contract term that is unconscionable and should not be enforced.

Business practices that might be acceptable in a business-to-business context may not pass scrutiny under these consumer protection statutes.

Although there are other types of class actions, the vast majority of claims fall within one of these three categories. Each type of class actions presents unique questions requiring expertise in the substantive understanding of the underlying law and strategic defense approach.

The Defense Strategy in Defending a Company in a Class Action

A corporate defendant’s strategy in defeating a class action typically focuses on two concurrent objectives. First, the defendant must challenge the merits of the claim by explaining to the court why the factual predicate is inaccurate or the plaintiff’s understanding of the underlying law is incorrect. These challenges to class actions are brought through various motions such as a motion to dismiss or a motion for summary judgment. Simultaneously, a corporate defendant usually challenges class certification, arguing that—regardless of the merits of the legal theory—the claims are a type that could never satisfy the prerequisites for proceeding as a class action.

How Class Actions are Settled

Like most U.S. litigation, the majority of class actions are resolved through settlements. Settling a class action involves unique considerations including determining whether the settlement binds not only the class representative but the entire class he or she seeks to represent. A great deal of effort is spent in settlement negotiations and obtaining court approval. Principal issues include whether the class has received a benefit and, quite predictably, the attorney fees that will be awarded to the plaintiff attorney.

Given the significant liabilities that companies face from class actions, it is critical that any company doing business in the U.S.—whether selling products or services to consumers, retaining employees or soliciting investors—be mindful of these varied risks. For the prudent company willing to devote a relatively small amount of resources to prophylactic measures, a risk mitigation plan can be developed, tailored to the unique aspects of a company’s business plans and risk profile. Applicable consumer protection statutes, employee regulations and corporate governance principles should be considered in order to avoid unforced errors. In some instances, consumer contracts can be crafted in a way to preclude class actions entirely. By taking these proactive steps, companies can reduce the risk associated with U.S. class action litigation.